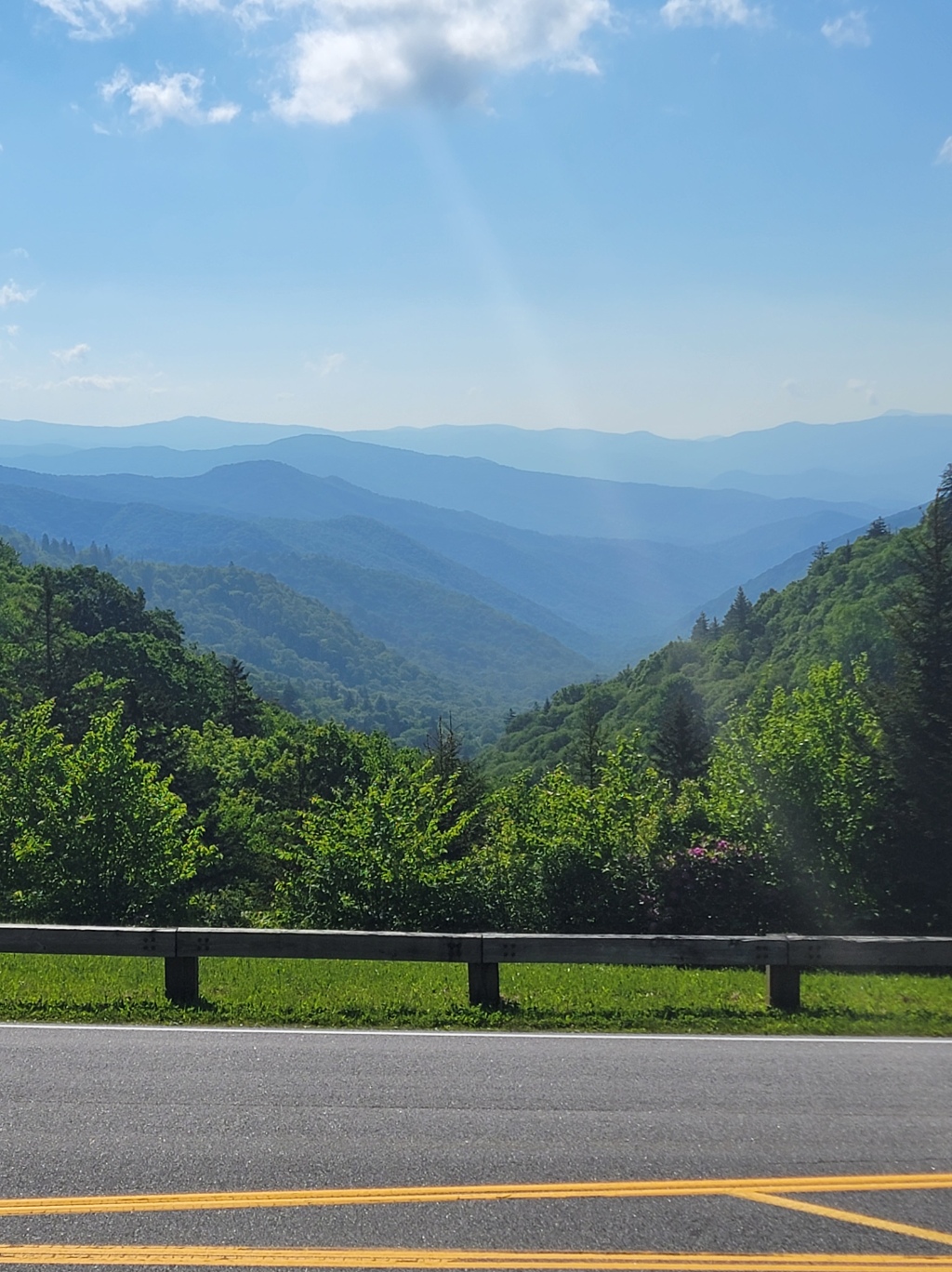 Recently, my family spent a week vacationing together in Pigeon Forge, Tennessee. And when I say family, I mean FAMILY.  All my children, grandchildren, a brother, his wife and son, along with my wife and her grandson — a total of 23 related-by-DNA and marriage kind of people — shared a three-story, cliff-hanging, ten-bedroom cabin in the Smoky Mountains.

A week later, we still love each other.

The fact that we did not have to share a bathroom helped. As my European-raised wife observed, each bedroom had an ensuite.

Pigeon Forge, we soon discovered, is no longer a quaint little mountain community halfway between nearby Gatlinburg and Sevierville. Possessing its own fair share of tourist attractions and shopping opportunities, Pigeon Forge must have more pancake houses, go-kart racetracks, ice cream shops, and dinner theaters than any other small town in America.

We made a mountain of memories from the meals we shared, a trip to Ripley’s Aquarium in nearby Gatlinburg, and the hours spent at one of the ubiquitous go-kart racetracks.  You get the idea. The McElhannon horde moved in mass — I have pictures to prove it.

The highlight of the trip had to be our time spent at Dollywood. At times, Dolly Parton’s premier award-winning theme park reminds you of a Six Flags park with its nine roller-coaster rides. Its Disney-esque facility was impressive, but be warned, it is a hilly walk.  It may only be nestled in the foothills of the Great Smoky Mountains, but you are still in the Smokies.

The grandkids never met a roller coaster they didn’t like. Correction: After riding Thunderhead, one of them said, “I am not doing that again.” She had that I-am-about-to-throw-up look in her eyes as she spoke.

With a photo album filled with smile-inducing scenes spent at Dolly’s playground, it will be a delight in years to come to recall the fun all my grandchildren had as they fully immersed themselves in the rip-roaring rides available.

Yet, some memories stand out to me beyond the familial ones. First, bring cash. It was expensive. The food is good but pricey. I could pay some utility bills for the cost of a single lunch.  But allow me to recount two episodes of our visit that will linger long in my memory.

While several grands were riding the Tennessee Tornado roller-coaster, and we waited for their smiling wide-eyed faces to reappear, I stopped at a nearby refreshment stand to buy some drinks. I carried a cinch bag filled with our sunglasses, car keys, wallets, and souvenirs. In hindsight, it was probably a dumb thing to do. I set the bag on the counter as I picked up the drinks and walked 50 feet to where part of our group was standing and waiting. Thirty minutes later, the ride completed, the grands were ready to move on to the next stomach-churning elevated railway with sharp curves and steep slopes. At that moment, I realized I had left our bag of valuables sitting on the counter of the nearby refreshment stand. The churning in my stomach had nothing to do with an amusement ride but the overwhelming realization that my stupidity was about to ruin our trip. I was shocked that the bag still sat where I had left it. Keep in mind that in the past thirty minutes, at least 50-80 people had stood next to our bag as they ordered drinks on a hot June afternoon. Thank goodness there are still some honest people in this world.

At the end of the day, we walked through Dolly’s Emporium in one last-ditch effort to divest ourselves of our dwindling dollars. I occasionally buy a souvenir coffee mug as a keepsake, which is ironic since I do not drink coffee. Alas, I found the perfect mug. But no sooner had I stepped outside the shop when I clumsily dropped the bag on the asphalt walkway. Porcelain and asphalt only appear in the same sentence if accompanied by the word shattered. Hearing the effect of gravity on my recent purchase may have provoked a few words I now regret. My wife insisted I return to the shop and buy another one.

When I returned to the register, I explained to the salesperson why I needed to purchase another cup. She smiled and confessed I was not the first to have had such a shattering experience. She asked if I had a receipt.  Taking the receipt and the broken chards of the aforementioned cup, she handed me back the new cup and said, “No charge, enjoy.”  One might debate if Dollywood is a world-class park, but their employees, in my opinion, are in a class by themselves.

Dollywood employees have to be the friendliest you have ever met. We were impressed with their down-home helpfulness and kind manner throughout our stay. It was as if they were channeling their inner Dolly.

Thanks for the memories, Dolly, and the cup.