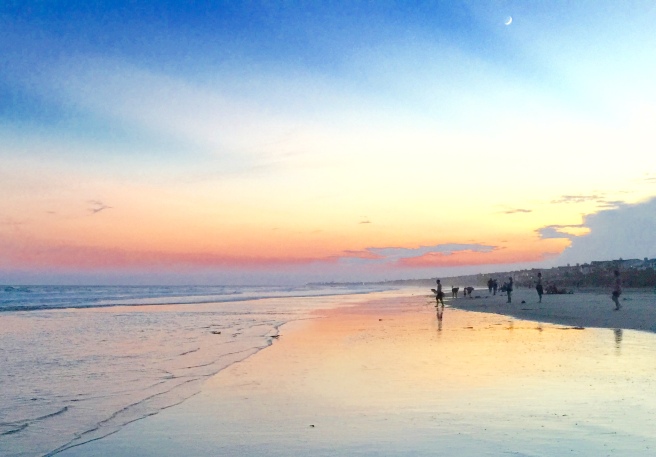 I took a trip recently……to a vast wasteland called afternoon television.  It is a place rarely visited by this wandering soul.  And I would not have visited it at all except for a clumsy stumble on some brick steps.
The resulting fall ruptured my Achilles tendon and condemned me to being a couch potato for a frustratingly, mind-numbing extended period of time. You never appreciate how active a person you are until you have to be off your feet for several weeks.
I soon discovered there are only so many things you can do when you attempt to follow doctor’s orders and keep one leg elevated for most of a day.  I read books, prayed my prayers and took naps.  But after a while you realize you are read-up, prayed-up, and napped-up and there is little left to do but turn on the television.
Speaking of television.
I was only ten years old when this speech was made, but I certainly remember the two words that came to define it — “vast wasteland”.  On May 9, 1961, the new FCC Chairman, Newton Minow, gave a speech to the National Association of Broadcasters.  That speech is now considered by some to be one of the 100 Best American Speeches of the 20th century.
At a time when there were only three networks, Mr. Minow advocated for better programming in the public interest and referred to the current programming on American commercial television as, you guessed it,  a “vast wasteland”.

“When television is good, nothing — not the theater, not the magazines or newspapers — nothing is better.
But when television is bad, nothing is worse. I invite each of you to sit down in front of your own television set when your station goes on the air and stay there, for a day, without a book, without a magazine, without a newspaper, without a profit and loss sheet or a rating book to distract you. Keep your eyes glued to that set until the station signs off. I can assure you that what you will observe is a vast wasteland.
You will see a procession of game shows, formula comedies about totally unbelievable families, blood and thunder, mayhem, violence, sadism, murder, western bad men, western good men, private eyes, gangsters, more violence, and cartoons. And endlessly commercials — many screaming, cajoling, and offending. And most of all, boredom. True, you’ll see a few things you will enjoy. But they will be very, very few. And if you think I exaggerate, I only ask you to try it.”

One note of trivia.  In a not so subtle swipe at the FCC Chairman, the producer of the 1960s Gilligan’s Island television show named the wrecked boat on the show the SS Minnow.
Now, fifty-seven years later, after spending a few hours on tour through the wasteland, I can say with complete confidence, the wasteland is vaster still.  Over 220 channels are available for entertainment and education.  I know, I counted every one of them. Of course, they didn’t have infomercials in 1961, or Pay-Per-View, or a ratings system telling you that only adults are mature enough to watch gratuitous sex and violence.
So to keep my mind from becoming a total bowl of jelly, I resorted to actually studying the commercials.  Do you know that on average, in 60 minutes of “entertainment programming” there are almost 20 minutes of advertising messages?  Crammed into those 20 marketing minutes are 56 commercials.  The services or products being pushed/shoved ad nauseum down my gullible throat included everything from weight loss, prescription drugs, exercise equipment and personal injury lawyers.  I learned from Marie Osmond how to get rid of “stubborn belly fat”.  I can “enjoy the go” with Charmin bath tissue.  And who knew that Pizza has carryout insurance. And if I am ever in a serious accident, I have a plethora of corny “one call, that’s all” attorneys who can make me rich.  But will someone please explain to me what the message is when a man and woman hold hands while they sit in their separate bathtubs in a field?
Hmmm. I wonder if this constant assault of advertisements is nothing but a veiled enticement for me to worship at the Church of Consumerism.  Proclaiming the Gospel of “I deserve it, I want it, and I want it now”, I need only buy the product advertised and all my desires will be satisfied immediately.  Ah, there is a silver lining to my immobility.  I can’t even get up to go buy anything.  Then again, I could call a PI attorney and sue the bricklayer that caused my clumsy stumble.
Yessir, afternoon TV is a learning experience.  I think I now have enough credits to have earned my BS in Wasteland Management.  Working on my Masters now.
Excuse me, I need a break.  I have a reservation for a ride on the SS Minnow.